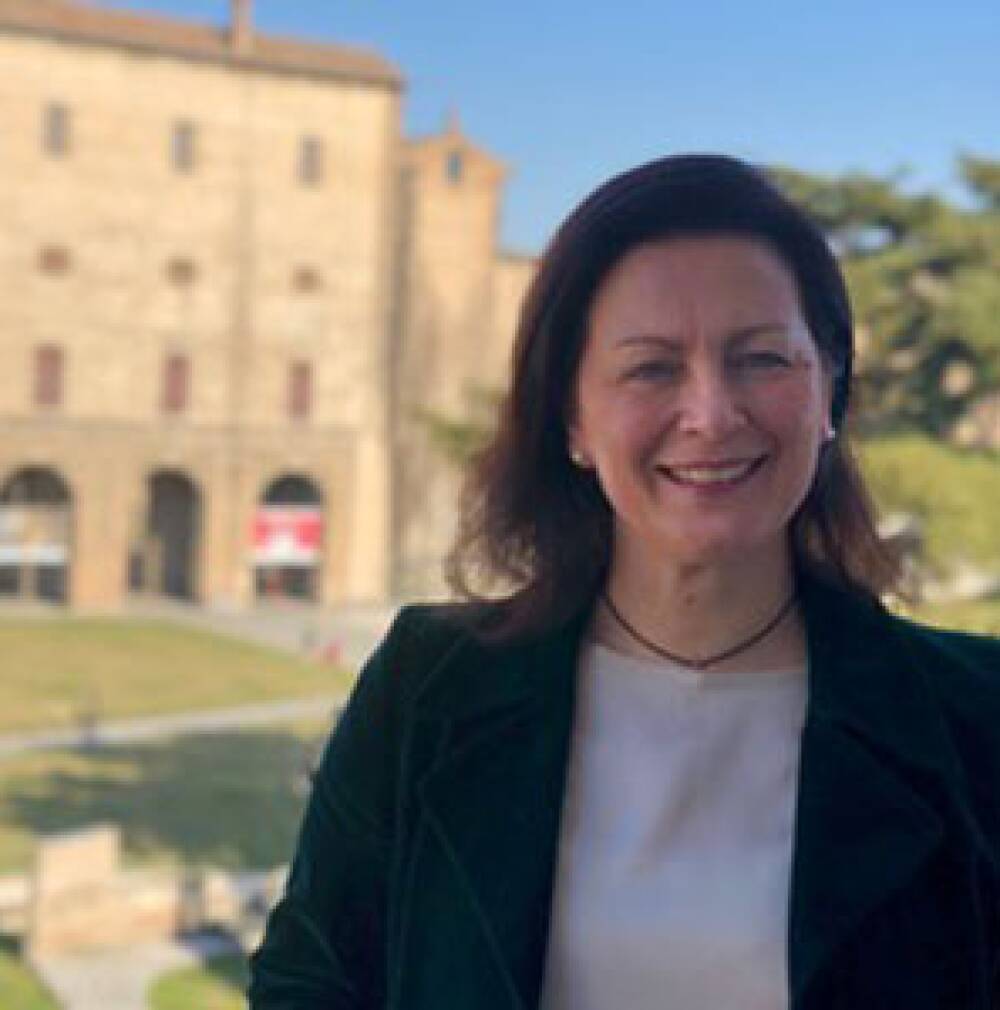 Associate professor of Comparative Private Law at Milan University (DILHPS). As Jean Monnet Chair holder (2020-2023) my purposes are to deepen links between consumer law and food law within the framework of EU law and comparative legal systems, as well as to promote a wide analysis on people’s rights to adequate food responding to its new legal dynamics as tool of cultural identity and environmental sustainability. My efforts as Chair holder looks to new teaching activities on global and comparative food law, to the dissemination of project objectives and implemented activities to favour debating inititives and stimulate international networks and new researches on EU legal topics in comparative perspective. Among the most recent publications in the project’s fields: Not Just a Bug: Brief Remarks of Legal Anthropology for New Food Choices (Roma TrE-PRESS, 2020); Entomophagy. European Food Market Regulation and Consumer Protection (Annuario di diritto comparato e di studi legislativi, 2019); Consumer Rights Beyond Regional Harmonization: Planned Obsolescence and Food Sustainability as Long Term Issues for a Cross-borderEnforcement of Consumer Law (ESI, 2018). 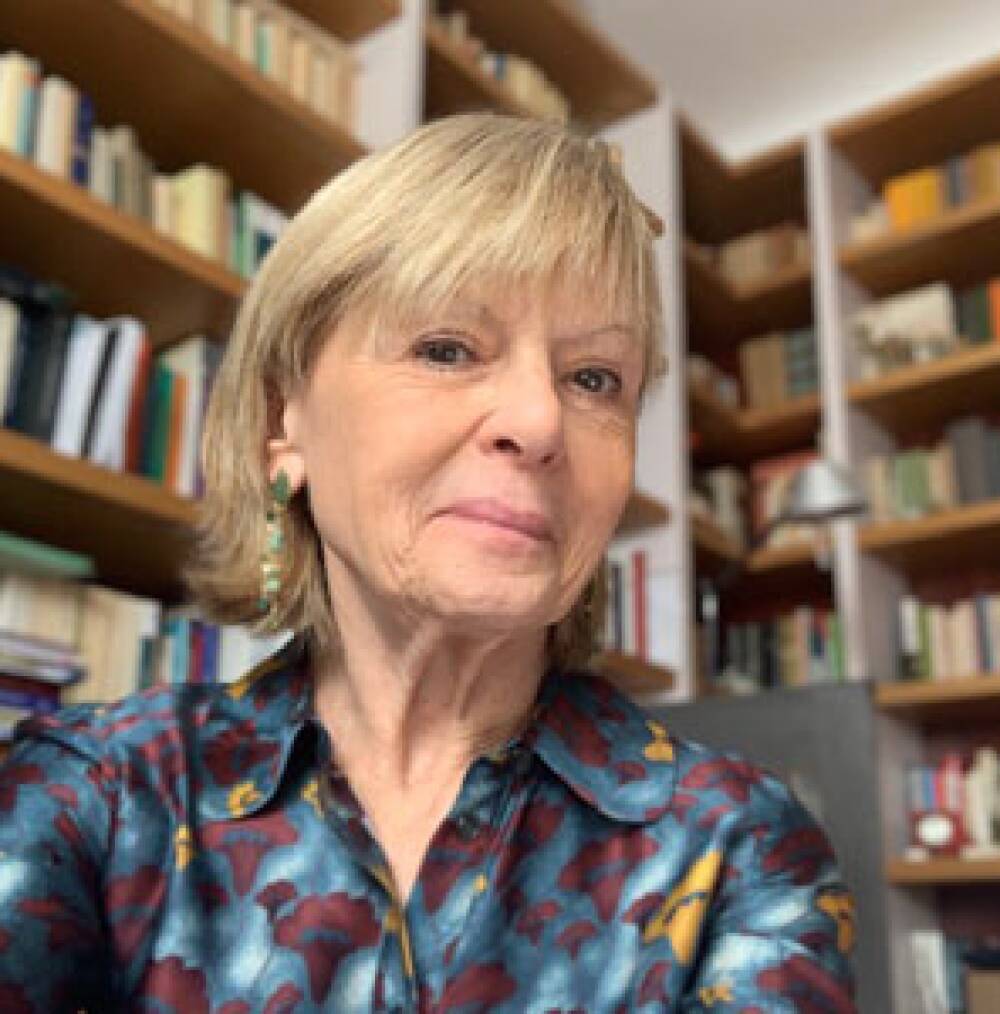 Full professor of Economics Law. Long-time experience in national and international research projects, She was granted the Jean Monnet Chair in “EU Energy Regulation and Policy towards Sustainability: Reaching Energy Efficiency through Behaviour Changes” (2014-2017) and the Jean Monnet Module “Regulatory Networks and European Governance” (2009-2014). Member of several international associations including ADDE, AIDE, ASCOLA, SIDE, AIPDA, IIAS. She is co-editor of the Rivista della Regolazione dei Mercati and member of the editorial and the advisory boards of many national and international legal journals. Her favourite research fields are European economic regulatory strategies, market regulation (especially energy market). Recently she is dealing with the impact of digitalization on some markets, in particular financial and agri-food. Among the most recent publications: The Governance of the Energy Union. An ‘Intricate System’ Unable to Achieve the European Union Common Goals (Oil, Gas & Energy Law, 2019); Public and Private Law and the Challenges of New Technologies and Digital Markets, vol. I (C.H. Beck, 2020); Information in Agri-food Market: The Role of Digital Technologies (Rivista diritto alimentare, 2020); La circolazione dei dati: dal consumo alla produzione (Rivista trimestrale diritto dell’economia, 2020). 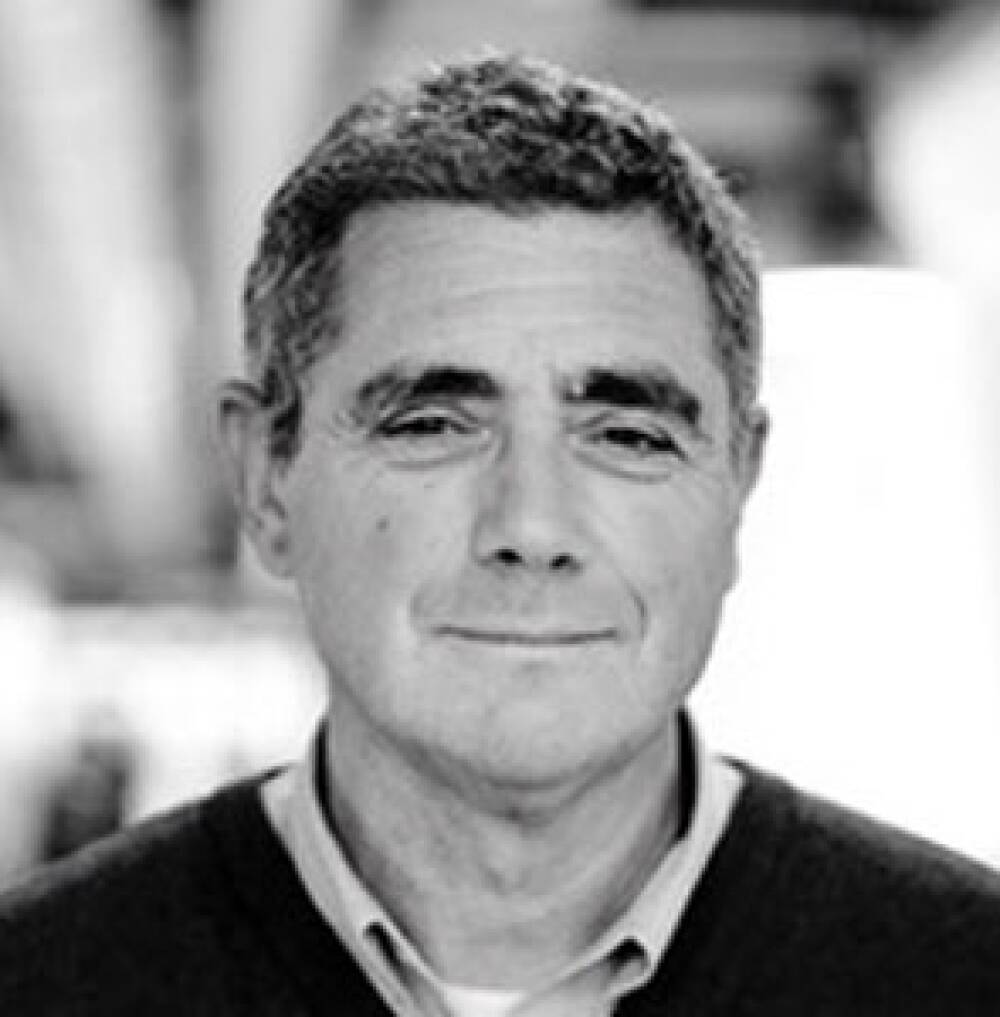 Full professor in Agricultural Economics at Department of Economic and Management Science of University of Parma. His research activity is focusing on three topics: the economics of Food Quality Schemes, assessment of CAP reform by means of quantitative methods and Rural Development policies in Developed Countries. He has been involved in several scientific projects in the framework of European Research Project (from FP4 up to H2020), as well as several Research Tenders from DG-Agri and EU Parliament. Currently he is Deputy of the H2020 Strenght2Food Project. Results of his research activity are published in several Italian and international scientific journals. He was appointed for six years as Board member of European Association of Agricultural Economics (EAAE) and since 2018 he is President of the Italian Association of Agriculture and Applied Economist (AIEAA). He was president of the Organising committee of four EAAE Seminars (Parma, 1997; Parma 2005; Parma, 2010; Parma 2015); Member of the Program committee of several EAAE Seminars; President of the Program Committee of the third AIEAA Congress as well as president of the Local Organising Committee of the XV EAAE Congress (Parma, August 29 September 1, 2017) on Towards Sustainable Agri-Food Systems: Balancing between Markets and Society. 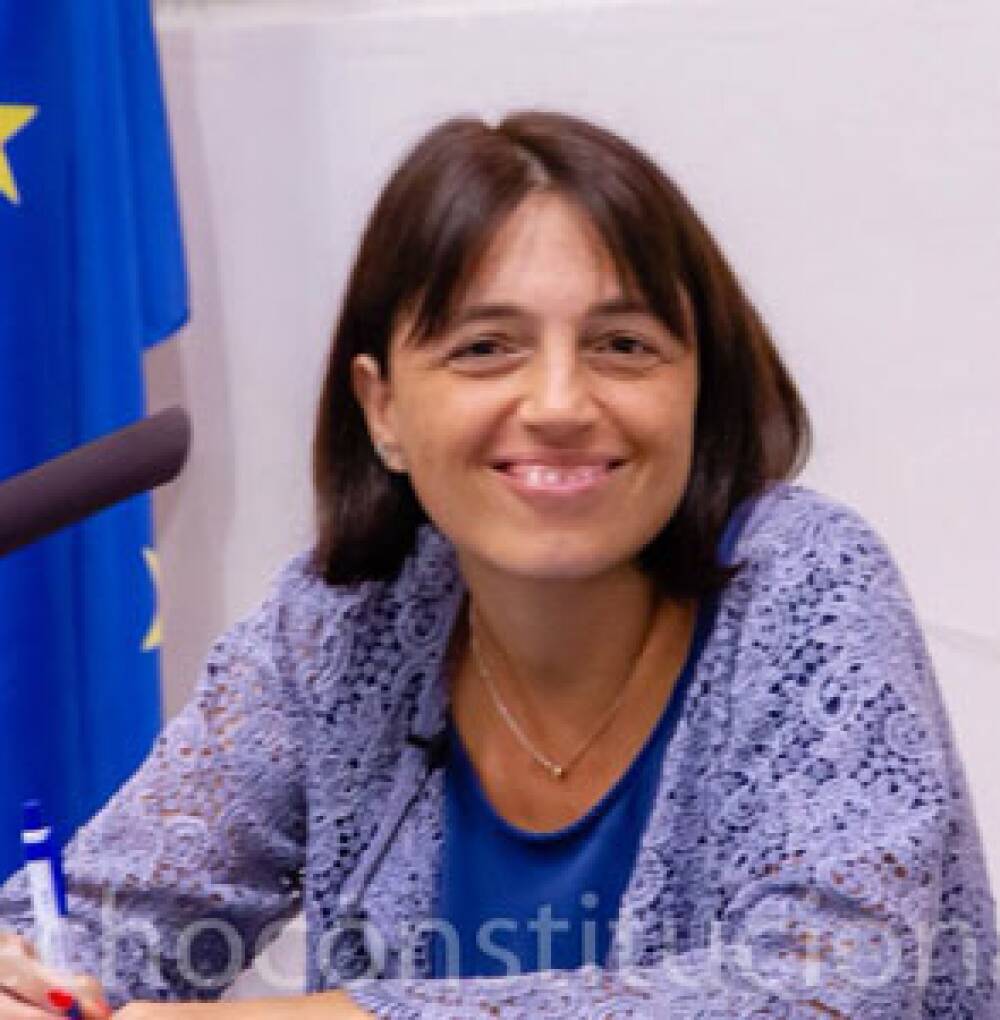 Dr. Martin Holle is full professor of Food Law and Administrative Law at Hamburg University of Applied Sciences since 2013. He graduated in law at University of Mainz (Germany) and obtained his PhD with a thesis on constitutional aspects of food regulation. Martin also holds a Magister in Administrative Sciences of the German University of Administrative Sciences. He is member of the German Food Code Commission and the Advisory Board of the German Scientific Association for Food Law (WGfL). Since 2020 Martin is also adjunct professor of Law at Michigan State University College of Law, teaching at the Institute for Food Laws and Regulations. He is regular contributor to the European Food and Feed Law Review and author of the chapters on food information and nutrition policy in the EU Food Law Handbook (van der Meulen, Wernaart (eds.); EU food law handbook, Wageningen Academic Publishers, 2020). 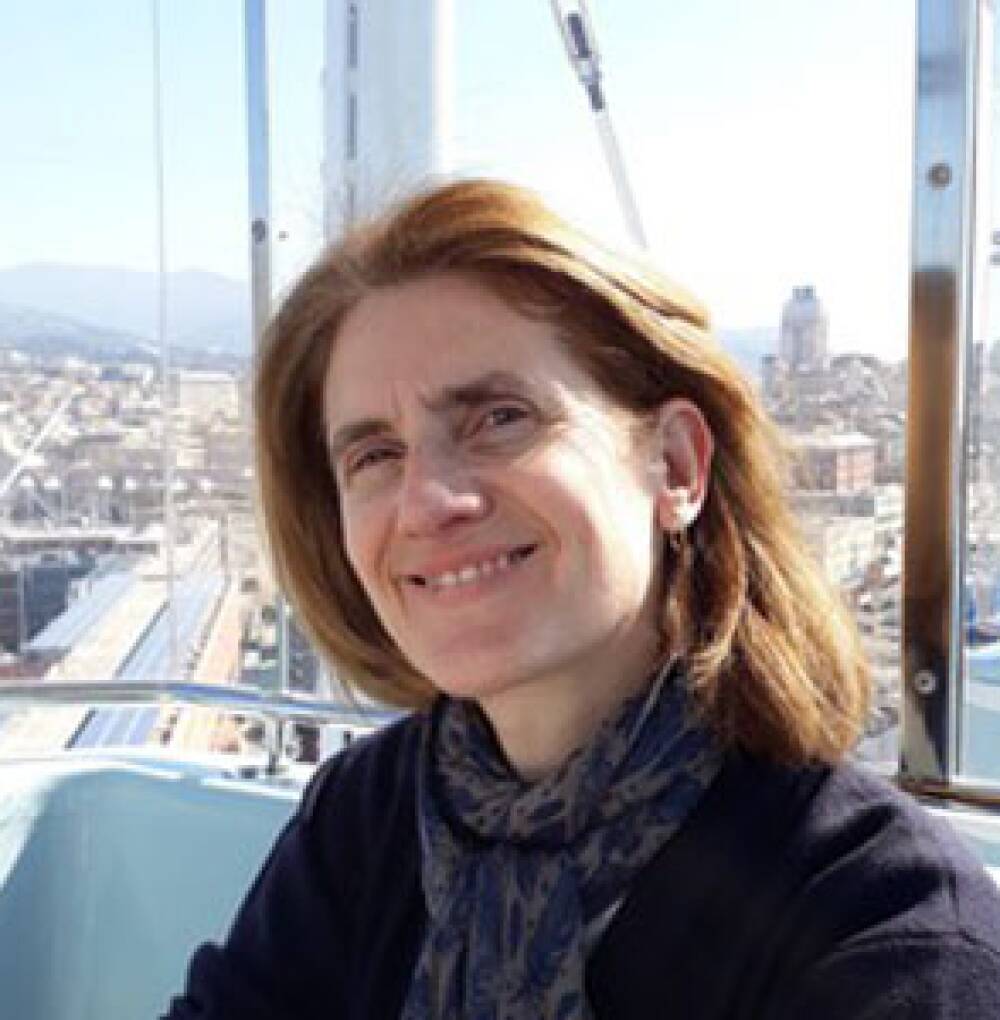 Alessandra Lang is associate professor of European Union Law at the University of Milan (DILHPS), as from 2002. She is a faculty member of the bachelor’s programmes in International Studies and European Institutions and in International Politics, Law and Economics, and of the PhD. programme in Public, International and European Union Law of the University of Milan. She actually holds two courses: International and EU Law (80-hour introductory course to Public International Law and European Union law) and EU Law (60-hour introductory course on EU law). Her main fields of research concern free movement of persons and EU citizenship, implementation of EU law on the free movement of persons in Italy, EU migration policy, EU external relations, EU Common Foreign and Security Policy, EU enlargement. She is author of two monographs (2002 on the implementation of United Nations sanctions by the European Union, and 2017 on free movement of persons within the EU and its implementation in Italy), co-author of a book on European Citizenship and free movement (2006: second edition, 2008: English edition), co-author of Cases and Materials on International and EU law (2015: third edition); co-editor of four books that collect the outcome of research initiatives (2005 on federalism and regionalism in the EU and Switzerland; 2006 on the Constitutional Treaty for Europe; 2011 on Individual guarantees in the European judicial area in criminal matters; 2014 on the Common Foreign and Security Policy), and author of about one hundred papers, published in legal journals or books.

After training in Japan and Germany (she gained a Master’s degree at the Hitotsubashi University and the University of Münster and a PhD at the University of Münster), She is currently professor of European Union Law at Graduate School of Law of Hitotsubashi University in Japan. Her research interests are focused on European Union Law, EU Environmental Law, EU external relation Law, Law of regional organizations and Human rights. She is member of the following scientific associations: Japan Association for Environmental law and policy; The Japan Chapter of the Asian Society of International Law; Japanese Society of International law; The European Union Studies Association-Japan and the Japanese Association of World Law. She has authored numerous publications on EU-Japan Relationship; Environmental Sustainability in the European Union; EU law & Human rights (the complete list of her publications can be found at the following link).  She has given numerous conferences in Europe and Asia. 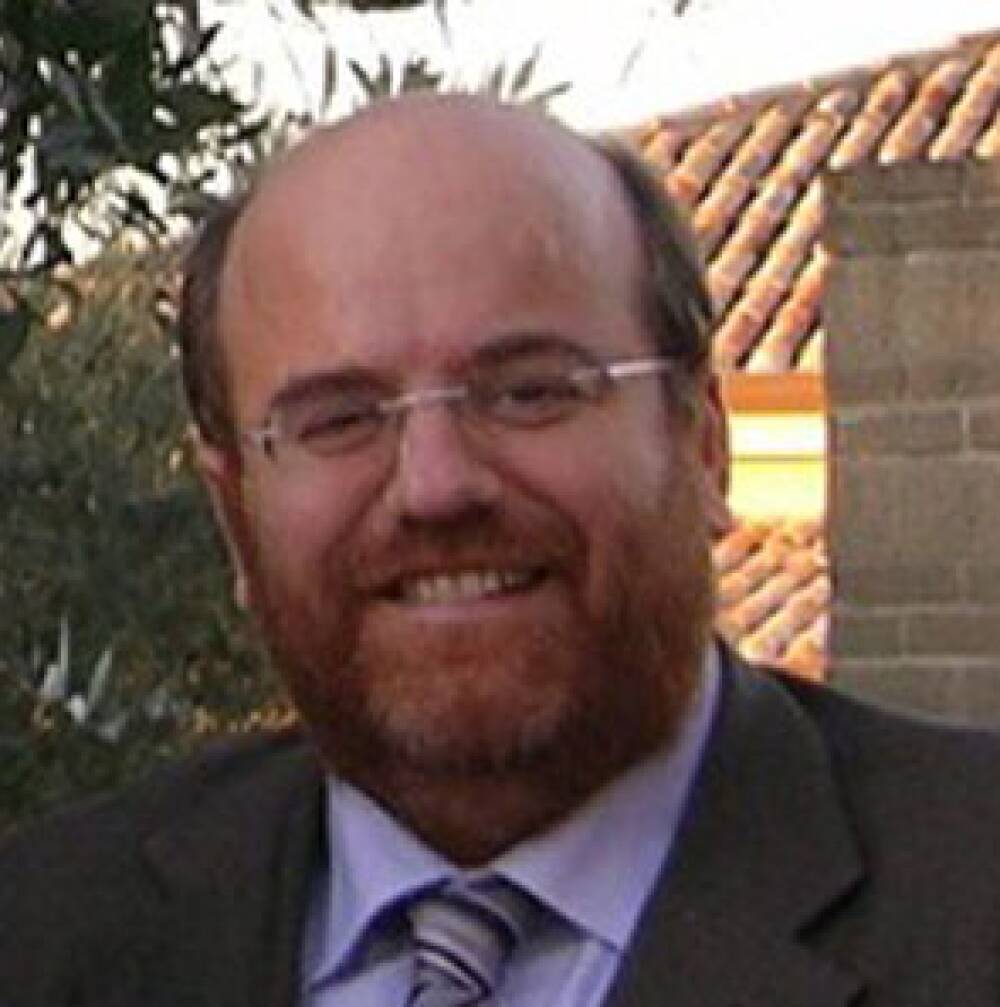 Associate professor of Administrative Law and Public Finance and Accounting at the University of Calabria and LUMSA University of Rome. Phd in Administrative Law at Roma Tre University where he was assistant professor in Administrative Law from 2005 to 2010. Member in various national and international research projects, such as: European Democratic Institutions and Administrations. Cohesion and Innovation in Times of Economic Crisis (PRIN 2012-2016); A comparative analysis of the concept of public service in Italian and Chinese Administrative Law funded by (CESL) China-Eu School of Law (China University of Political Science and Law of Beijing, CUPL 2013); El impacto de la crisis en la contractacion publica. ¿Està en peligro el contracto administativo? at University of La Laguna - Spain (Proyecto de Investigatiòn Fundamental no orientada funded by Ministerio de Economía y Competitividad (Spain); The evolution of public oganization in PRC. A comparison with Italy (Italian National Research Council). He was visiting professor at China University of Political Sciences and Law in Beijing (2013), where he also improved knowledge of the Chinese language. Member of the network of scholars “Red Campus Mare Nostrum of University of di Murcia (Spain) and of the Scientific Committee of the Italian journal Rivista quadrimestrale di diritto dell’ambiente. Author of several publications, also abroad, in Italian, English, Spanish and Chinese languages, on issues of administrative and environmental law. Speaker in several conferences in Italy and abroad. 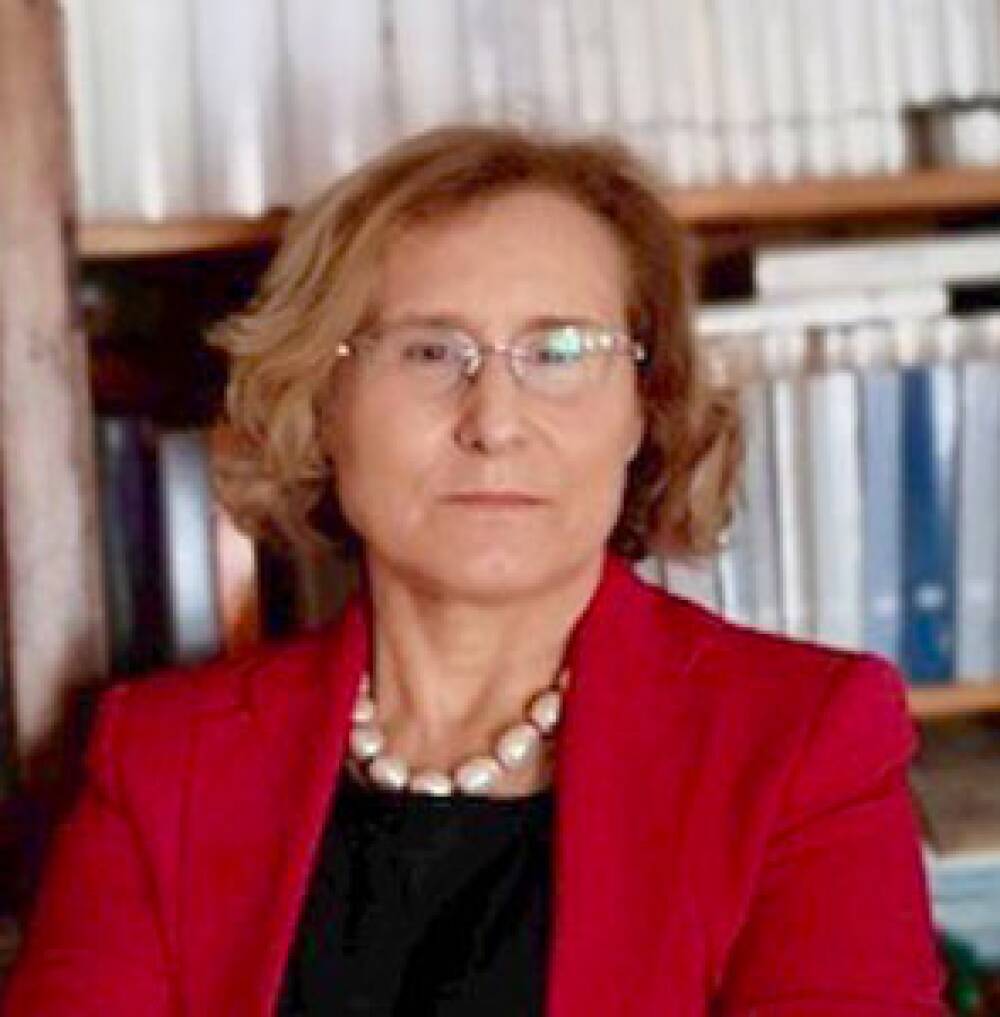 Full professor in Agriculture, Agri-environmental and Agri-food Law in the Department of Law at the University of Pisa. She actually is: Member of the Phd Council in Legal Sciences; President of the Bachelor and Master Degree Courses in Science for Peace: International Cooperation and Conflict Transformation; Operational Referent of the National Network of Sustainables Universities (RUS) and National Coordinator RUS-Food Unit; Member of the Technical Table on Officinal Plants at the Ministry of Agriculture. Member of Scientific Committee of Journal of EU Agrarian Law and of the Editorial Committee of national journals (Rivista di diritto agrario, Rivista di diritto alimentare); member of the main associations of national and international agricultural and agri and food law scholars (AIDA-IFLA; CEDR; UMAU; IDAIC; AICDA). Invited speaker at numerous conferences in Italy and abroad (EU and non-EU), she has collaborated with the Region Tuscany and the Ministry of Agriculture for the drafting of some regulations (Regional Law on the protection of biodiversity and conservation varieties and National Law on medicinal plants) and has been audited (2016, 2019) by the Senate of the Republic (IX Permanent Agriculture Commission) in view of a regulatory intervention on New Biotechnology in agriculture. It has published four monographs and 99 articles in its own name in national and international journals and in collective works on various topics of agriculture, agri-environmental and agri-food law. Her main research fields are agro-industrial contracts, biodiversity, food consumer law, new biotechnologies and genome editing. 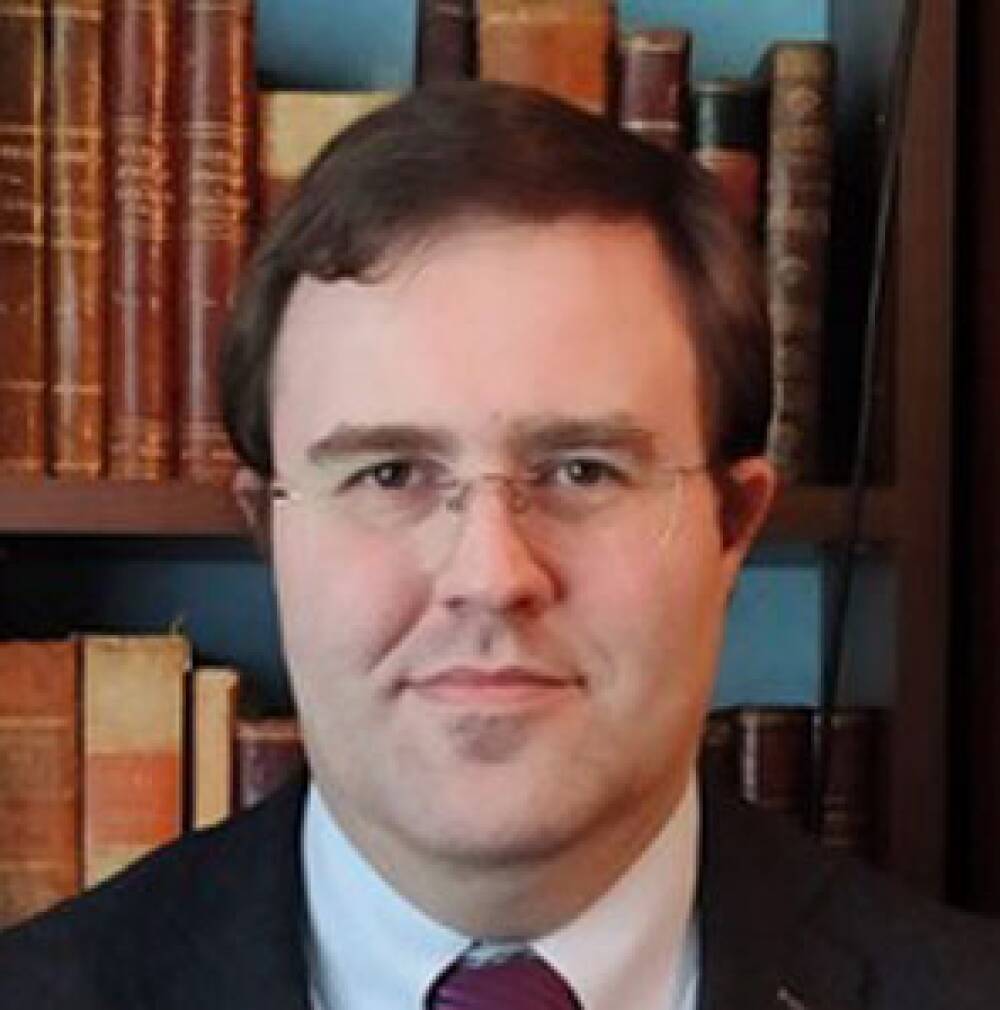 Geo Magri (tutor of the Project)

Assistant Professor of Private Law at the University of Insubria. He has a long experience in academic projects for the harmonisation of European private law also thanks to seven years of activities as Former Wissenschaftlicher Mitarbeiter at the Institute for European Legal Studies of Universität Osnabrück (LS Prof. Christian von Bar). He is co-author of studies on consumer law for the European Parliament (IMCO) and contributor to the database of the consumer law acquis communautaire for the European Commission (www.eu-consumer-law.org). Member of numerous international associations including the Deutsch-italienische Juristenvereinigung, the Association Henri Capitant was vice-president of the Internationale Juristenvereinigung Osnabrück. His research interests are focused on property and contract law, consumer law, cultural goods, comparative private law, harmonisation of European private law, private international law, digital law and new technologies applied to food law. He is the author of several articles and books and during his career has given lectures and conferences in Germany, Poland and Italy.